It’s our 27th Birthday today, that's a long time to be a record store! especially with the changes in music formats that have happened over the years.We started off as a specialist music shop focusing on dance music and we never thought it would last that long.


At the start, we offered a personal record shopping experience and we are still very proud to be a physical shop. Over the years we changed from being a local record shop, to a national mail-order specialist and now being a truly global record store.

Here is a video we did for our 25th Birthday, that really describes what Global Groove is all about.

To celebrate we thought we would pick a few records that have been a big part of the journey. As Pete Bromley says 'It’s a massive thing to be doing something you love for that long.'

The original classic was amazing but this Mark Knight/Funkagenda remix has been one of our best sellers since it's release in 2013..

Stardust - Music Sounds Better With You

We're pushing almost a 1,000 sales of this timeless mega hit from one half of Daft Punk's, Thomas Bangalter.
This year it celebrates 20 years since its release.

An amazing track that has always stayed a true underground classic.

We love Reflex and stock all of his edits, but this is easily the stand out track for us.
keeping all the original stems to make this club version of the track that didn't exist until now.

Our fastest selling record of all time with over 300 sold in the first week.

Posted by Global Social at 06:41 No comments:

With vinyl sales at record levels again, 2015 could be another bumper year. If you look at the major sellers of vinyl records the big players are still Discogs.com and Gemm.com.

Last year there were many rumblings on the music forums about issues with Gemm, Roger who owns the business is well known for being very passionate about Gemm.com and it has carried on undoubtedly making a loss for many years.

Earlier this year it is reported that Gemm approached Dave Stack from Music Stack about a possible sale, but the systems Gemm have in place and the debt that are "supposed" to be in which has caused late payments to sellers on many occasions, the merger or sale was declined by MusicStack as although MusicStack is no "Discogs killer" it still has a great following and is making money and sales and you don’t see the same issues with MusicStack. Sellers have been concerned many times and have pulled stock lists.

If you check the internet statistics for visitors to gemm.com is does seem to be on a downward spiral. ttp://www.alexa.com/siteinfo/gemm.com you can clearly see the traffic drop.

Discogs on the other hand are just going from strength to strength and are quickly becoming the Amazon of the vinyl market http://www.alexa.com/siteinfo/discogs.com but they have done Their homework.

A recent design change to a mobile friendly design and page load times around (1.209 Seconds), means they have reaped the benefits from recent google updates.

Record Store Day 2015 was once again a triumph, according to merchants who participated in the event and data supplied by Nielsen Music.

For the week ended April 19 -- Record Store Day was held on April 18 -- the independent sector counted for 532,000 album scans, or 21.5 percent of total physical album sales, and 11.9 percent of overall sales. In both instances, it represented the highest weekly sales percentages total for the indie sector since 2003, according to Nielsen Entertainment senior vp Dave Bakula.

The Foo Fighters really got involved this year which was great this year http://www.billboard.com/articles/news/6538684/foo-fighters-ohio-show-record-store-day

Last year, vinyl unit sales totaled 9.2 million, up from 6.1 million in 2013. And album sales between January and March of this year were 53% higher than during the comparable period last year, driven by a 66% increase in catalog album sales (released at least 18 months prior) during the same period.

There are several hypotheses as to why vinyl is on the way up in an increasingly digital world, including nostalgia, the longing for a physical medium, a unique listening experience, album art, and of course, the perception that music sounds better on vinyl.

The fact that the Guardian newspaper has a dedicated vinyl section is another good indicator http://www.theguardian.com/music/vinyl it seems vinyl won't die; the digital age may kill the CD but not the vinyl record, who would have thought!

Independent stores who have survived are doing well, Global Groove have reported great sale's, ebay is listing more vinyl than ever before, so the future looks pretty good for vinyl sellers, the question is will anyone rival Discogs?


http://www.nielsen.com/us/en/insights/news/2015/thanks-to-strong-sales-vinyl-albums-are-off-and-spinning.html
Posted by Global Groove records at 03:07 No comments:

With record sales booming into 2014 many music websites have died and gone to heaven, why, simple they are not providing a high enough service for customers. Globalgroove.co.uk have been expanding, they have sold on discogs.com for years along with there online store but now with vinyl records on the increase again they are hitting back. Firstly rumour has it that they have a amazing new site being built that will make discogs and juno sit up and listen, the site is going to offer a much richer experience, with media and experience being at the heart if the site.

Global also has a record shop, yes a actual shop which they have been refitting for the next generation of vinyl lovers. Further more the shop is run by djs, yes they know there stuff, so you can call up and be treated like royalty or come down, spend a day with the crew and select from the 60,000 they have in stock. New releases are literally added daily, so as soon as it hits wax you can get it. Not many other sites get stock so quick online. Talking to the global guys it was obvious they really know there stuff, if you want a copy of something they will have it and if they don't they will be able to source it. There stock system is so advanced that shop and site are totally as one so even if you are in the USA looking for vinyl records or Australia you can get the same service. Service is key and this maybe the reason they are still trading so well.

House rules.....global have a amazing selection of house records, still very popular worldwide house music pushes on strong and even though most djs have turned to mp3s, we all know proper djs play vinyl.

It's worth mentioning they provide some of the best rates for worldwide delivery, as a good portion of there stock goes overseas, customer first.

You can find globals site at www.globalgroove.co.uk pay them a visit.

The larger than life tech head Claude Vonstroke, born in Detroit, Michigan, Claude found a huge interest in hip hop but later decided to embraces the electronic dance culture and embraced it, he did. 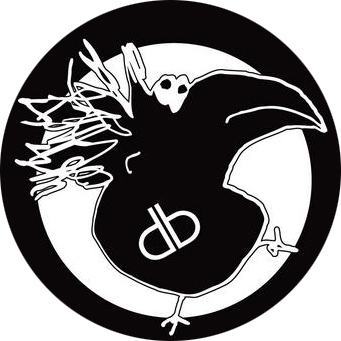 VonStroke or Barclay (his real name) played many local house party’s growing in Detroit while he was new to the dance culture him and his friends were making up very European dj name and Claude VonStroke was one of them. After being made to dj for his friend’s birthday party, flyers were soon around town that VonStroke was in town and from that day the name still stands. 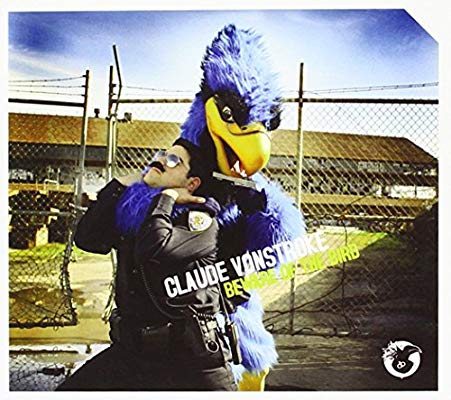 VonStroke has a very playful mindset when producing, incorporating very unusual and comical sounds into his records but at the same keeps his production levels at a very high standard. His first album ‘Beware of the bird’ was released in 2006 and defiantly this was his induction the house world and the singles ‘The Whistler’, ‘Deep Throat’ and probably the most famous ‘Who’s afraid of Detroit’ were an essential in every djs sets.

A year before his first album he met the very talented ‘The Martinez Brothers’ and set up the tech label ‘Dirtybird’ which now is one of the most respected labels in dance today.

With singles ‘Don’t go’ by Justin Martian, ‘String Thing’ by Shadow Child, ‘Static’ by Justin Jay and the labels most famous ‘Jack’ by Breach has cemented the labels relevance the genre.

VonStroke hasn’t made a solo single for few years a new Ep was long overdue. ‘Can’t Wait’ is a reflection on VonStrokes big personality by using a bassline that blows the eardrums when played in the club. This track though has a very unpredictably arrangement, when building, making the crowd think that what is about to drop will cause headaches for a week, he lets it back down into a light piano riff which gives this track a definite unique feel but certainly has gone down well since the release.

The other single on the EP ‘The Clapping Track’ is another exciting cut. The track main feature is what sticks the track out to the rest. The overused 808 clap which features in nearly everyone’s tracks is not used, instead he uses noise from the audiences using their applause in his breakdowns. Another very dominant sound in a very distorted organ stab, which doesn’t sound very sweet but works in this simplistic house track.

If you want to experience two tracks which will literally blow your socks off this EP is a must have. An unusually blend of sounds leaves listeners satisfied and a definite change from all the rest, similar sounding house tracks out there.

Check out, listen or buy:
http://www.globalgroove.co.uk/deep-house/a-vonstroke-claude/cant-wait-the-clapping-track-a69992.html
Posted by Global Groove records at 13:56 No comments:

Check out Pete Mixing from 1991, had it ever sounded so good.


The world famous French dynamic duo has caused quite a stir when they released their new album “Random Access Memories” a few months ago! It had gained a huge amount of anticipation on the run up to it’s release, with fans receiving nuggets of information that can only be described as “being teased at a gentle pace of 80bpm”.


The nuggets of information contained collaborators such as Nile Rogers, Pharrell Williams, Giorgio Moroder and more! 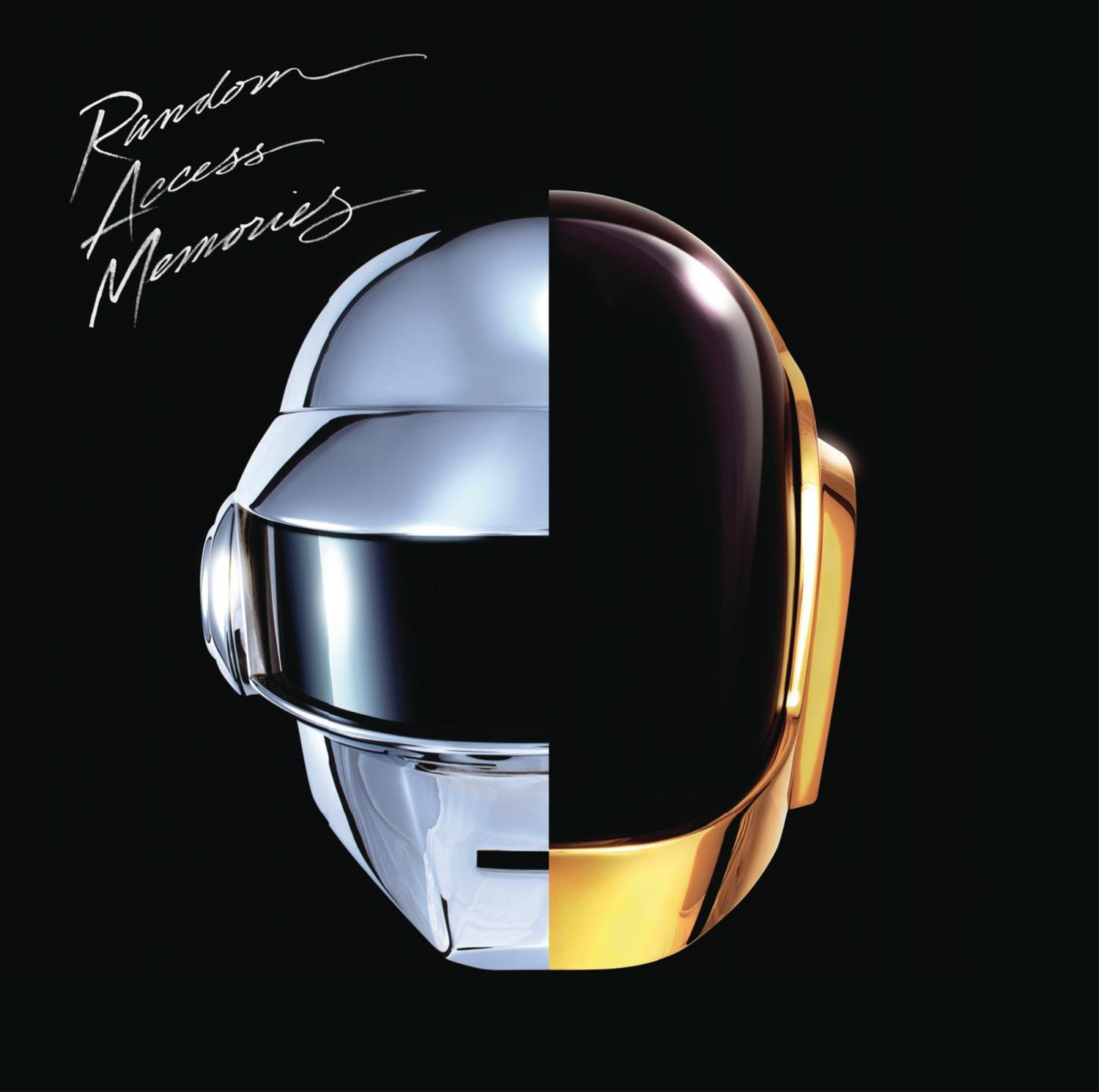 Despite every ones perceptions of huge French, filtered house and global club classics to come from this album, as did from their 1st 3 albums, they delivered a journey through the history of their influences and sounds which inspired them growing up. Delivering a colossal kick to the nads of the EDM expectants!


That said; masses of debate flung in to action surrounding RAM’s release within hours of people getting their sticky fingers on a copy. It seemed that die hard Daft Punk fans were in a love, hate situation. Some writing it off completely and others embracing its difference of musical taste and engineering brilliance.


Mixmag interviewed one half of Daft Punk, Thomas Bangalter, just days after the release. When asked how he felt about the reactions he replied, “it’s been great. The most depressing reaction for an artist is indifference. We don’t want to be in the middle ground where people just say, Oh, it’s ok”. He goes on to explain they like the fact people seem to love or hate it, it’s healthy.


This album is packed with styles and production techniques of the 1970s and early 80s. So we get a mix of disco, soft rock, and prog-pop, along with some Broadway-style pop. Track 12 “doing it right” only just falls short of being dubstep so we have a huge range of musical influence laced in to it.


Over all this album in our opinion is a must have with something for everyone not to mention it’s Daft Punk! Who wouldn’t be interested?

To view, listen or buy:
http://www.globalgroove.co.uk/Daft_Punk_Random_Access_Memories_a69374.html
Posted by Global Groove records at 04:49 No comments: 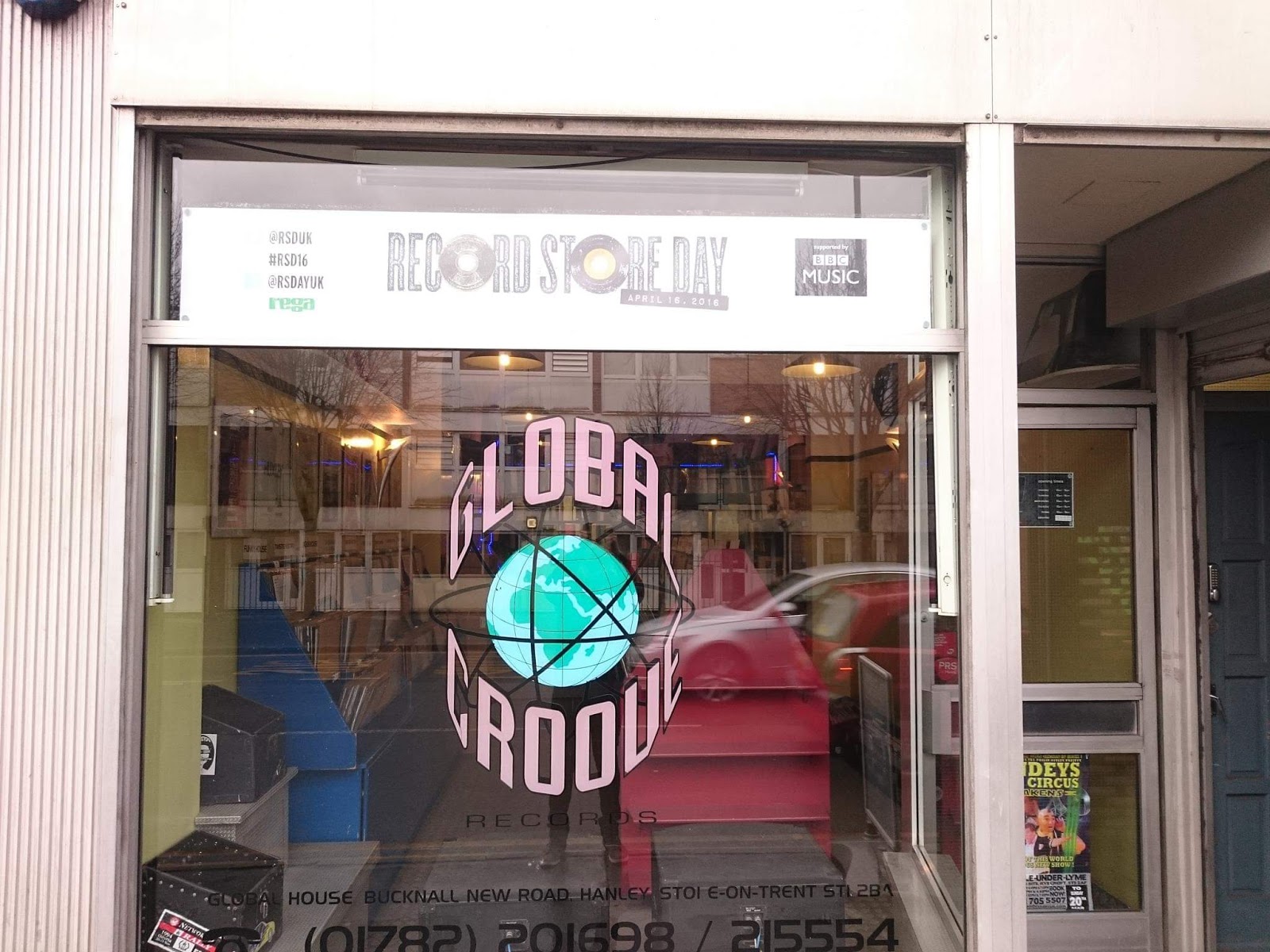 Posted by Global Groove records at 17:22 No comments: